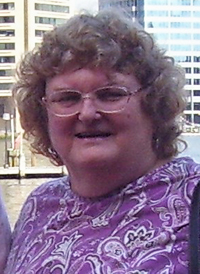 Cindy has been a nurse for 38 years and 35 of those years have been in maternal child health. Eighteen of those were as a NICU nurse and the last 15 have been as an IBCLC in a large metropolitan hospital in Baltimore. She has 3 children that were breastfed. The first for 6 months till second pregnancy and the third for a little longer than a year. Cindy's second child has Mosaic Down Syndrome, and was breastfed for over a year. She has counseled many new mothers with babies just diagnosed with Down Syndrome. Cindy was one of the founding members of the Chesapeake Down Syndrome parent group.