Why is change so difficult?

I read recently the article on how difficult it is to get new research into practice.  (Pravikoff DS, Tanner AB, Pierce ST.  Readiness of U.S. nurses for evidence-based practice.  Am J Nurs.  Sep;105(9):40-51; 2005.).  The author says it takes 17 years for research to make an impact on practice.  And that change in maternity settings takes the longest.  Why is that?

I did it that way

For the most part, nurses working in maternity are already mothers.  They have made their choices about feeding and caring for their infants, long before they are confronted by research that perhaps shows that they did not make the best evidence based decision.  Who would want to think that they did not do the best for their own children?  So, the “my kids turned out fine” argument supersedes the research that shows otherwise.

Sometimes it is a matter of habit.  We are learning that habits are neural pathways that have become hard wired in the brain.  They are ways we have done something so often that the thought or the act of doing something different is difficult to change.  It requires real effort.

Take the example of doing the baby bath.  You learned to do the initial baby bath during the first hour or so of life.  You have done it that way for so long that it is “hard wired” into your brain.  That is how the bath is done.  Neural pathways are set and it takes some effort to get the brain impulses to travel over different pathways.

Maybe it is even hard wired into your institution.  There are policies and procedures that mandate that the first bath be done during the first hour of life.  Even before the family has had a chance to really bond or breastfeed their baby.  Now, that is going to take some effort to change the hard wiring in your institution as well in your practice.

It is possible to change.  We used to think that neural pathways were set by adulthood and the brains physical pathway was permanent.  Modern research has demonstrated that the brain continues to create new neural pathways and alter existing ones in order to adapt to new experiences, learn new information and create new memories.  Here are some suggestions for unlocking the neural pathway rut and changing your thinking.

There are some who see a new idea and accept it readily (Innovators).  There are some who see a few people doing things a new way and see the advantages (Early adopters).  The Early Majority will adopt the new idea more slowly, but they will get there. Then there is the group of people who follow along what most people are doing (The Late Majority).  And the final group is the Laggards.  They will adopt the innovation after much resistance and social pressure.

So the trick is to engage the innovators and the early majority in making the change you want to see.  Then allow them to spread the change throughout the staff.

Fear of the unknown

Changing a practice or policy leads the staff into the unknown.  What could possibly change as a result?  Could there be unintended consequences?  Address concerns that change will bring.  Who would change when they don’t see what the future will bring or that they aren’t sure they know how to do the new task.  Talk about what can go wrong and have a plan for addressing it.   Training will be the key in addressing the unknown and making it a “known”.

So if you are the change leader, plan how you can best accomplish your change.  Gather your innovators and those in the early majority to assist you in planning and implementing your change.  Address the staff concerns and determine ways to break old habits.  Provide training to address the unknowns and make the change safe.

Vergie Hughes has a long history of experience in Maternal Child Health including labor and delivery, post-partum and pediatrics, and for the past 25 years she has been involved in lactation management. Ms. Hughes has a BSN from Pacific Lutheran University and a MS from Georgetown University. She has been a board certified lactation consultant since 1985. At Georgetown University Hospital, she was the director of the Human Milk Bank. She created and developed the National Capitol Lactation Center and the one week Lactation Consultant Training Program. This course has trained more than 4,000 Lactation Consultants since its inception in 1990.

She has been a private practice lactation consultant and business owner, and operated her own lactation center, Washington’s Families First. Lactation Education Resources On-Line is her website, offering training to professionals and information to parents as well. Ms. Hughes has served on the International Board of Lactation Consultant Examiners and has served on the IBLCE exam writing committee. Her first love is teaching and that is exemplified by the creativity of the courses she has developed. A series of courses “The In-patient Breastfeeding Specialist,” "The Out-patient Breastfeeding Specialist” and “The NICU Breastfeeding Specialist” are all designed to advance the lactation management skills of nurses at the bedside. She regularly teaches skills to labor and delivery nurses and just recently developed the course “Towards Exclusive Breastfeeding.”

Ms. Hughes is the program director and content manager for all of the on-line Lactation Education Resources courses. Ms. Hughes was recently honored with a “lifetime achievement award” as Fellow of the International Lactation Consultant Association (FILCA).

Breastfeeding as a Non-Birthing Parent: New Resources from Alyssa Schnell

Guest Blog: Why Did I Become a Lactation Consultant by Sabrina Ganaway 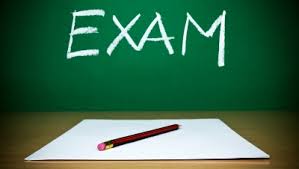